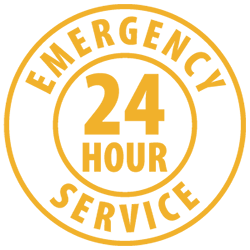 Home » The Tale Of Lester Greene

The Tale Of Lester Greene

The year was 1982, my first in the oil business. I was working for Hess Oil at the time, supplying fuel oil to large industrial institutions in Connecticut. Among our larger customers were General Electric, Dow Chemical and Yale University.

In the fall of ’82 I met a man named Lester Green. Lester was in his sixties and was very sharp. He was a wonderfully generous man who had talent, real estate and money. He owned a complex of apartment buildings in the northeast corner of the state. The seven or eight buildings had about thirty apartment units in each. They also had very large fuel storage tanks, which if filled in the summer, held enough oil to heat the buildings for the entire winter season.

The previous winter was our first with Lester as a customer. He bought over one hundred thousand gallons of heating oil, which Hess delivered in August. Lester was very happy that year. He got lucky. He bought the oil right. Shortly after writing the six figure check, the price of oil went up. Lester was so impressed with our company that he bought Hess stock and wrote to Leon Hess (who owned the New York Jets at the time), telling him just how pleased he was with his company. “Your men are like my own boys.” Lester wrote.

The next winter was a different story. Lester filled his tanks again prior to the cold winter months. An international recession caused crude oil prices to fall from $32.00 per barrel to $28.00 by Thanksgiving. The warmest December on record caused wholesale heating oil prices to fall thirty percent in season, which never happened before. Lester could have saved over $30,000.00 if he did not fill his tanks in August.

Lester then called to complain. He insisted upon speaking with Mr. Hess. He called himself “the victim” and demanded “restitution” for his “losses”. According to Lester, we had “bamboozeled and schnookered” him.  I’ll always remember what Lester said next: “This is a miserable situation!”

That year, my first in the business, I got to see the financial and emotional damage gambling on oil prices can cause. I made it my business to educate my customers on just how risky fixed price purchasing can be, soon after my encounter with Lester Green.

Sometimes you win, sometimes you lose, and some gamblers get wiped out. Lester did not get wiped out. He was just angry. I share Lester’s tale with you hoping that a better understanding of history will help you make better decisions.